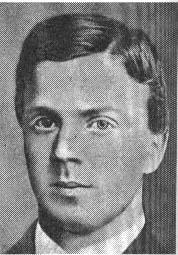 Nordraaks musical gifts became evident when he was a child. It was planned however, that he would pursue a career in business, so when he was fifteen he was sent to business school in Copenhagen. Nonetheless his musical interests prevailed and instead of studying business he studied music. In 1859 he went to Berlin for advanced study. After six months he had to return home and he continued studies in Oslo, and his first compositions came during the winter of 1859-60. From 1861-63 he managed to continue his studies in Berlin with Theodor Kullak and Friedrich Kiel. His "real" opus 1, Six Songs with texts by the famous late-nineteenth century poet Bjørnstjerne Bjørnson, Nordraaks cousin and close friend, was published in 1863. At this time he also composed Ja, vi elsker, which was to become the Norwegian national anthem.

In the summer of 1864 he went to Copenhagen to spend the most productive period in his short life. He wrote music for Bjørnson's play Maria Stuart of Scotland and he published his opus 2, Five Norwegian Poems, consisting songs to poems by Bjørnson and Jonas Lie. This was the last of his compositions that would be published during his lifetime. In May 1861 he returned to Berlin to continue his education, but he was stricken with tuberculosis in October and died the following March.

Nordraak did not live long enough to produce much music. About forty compositions, mostly smaller works, have been preserved. They consist of fourteen songs, six pieces for male chorus, incidental music for Bjørnson's plays Sigurd Slembe and Maria Stuart of Scotland, and a few piano compositions.

From A History of Norwegian Music by Nils Grinde, translated by William H. Halverson and Leland B. Sateren,
and used by permission of the University of Nebraska Press.