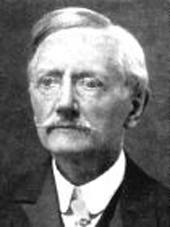 Biography: Sveinbjörn Sveinbjörnsson was the son of one of the highest officials in Iceland - the president of the Superior Court of Justice - and spent the greater part of his life abroad. He took a degree in divinity and later became the first Icelander to make music his career. Sveinbjörnsson was studying divinity when he met a young Norwegian violinist and composer, Johan Svendsen. At the time, Svendsen had just finished a study in Leipzig and encouraged Sveinbjörnsson to go and study music, either in Leipzig or Copenhagen. Sveinbjörnsson went to Copenhagen, but later carried on to Leipzig where his teacher was Carl Reinecke. As the musical opportunities were limited in Iceland at the end of the 19th century, Sveinbjörnsson moved to Edinburgh and lived there for most of the remainder of his life, except the last eight years which he spent in Winnipeg, Reykjavík and Copenhagen, where he died, sitting at his piano. Among his works are to be found a number of excellent tunes written for Icelandic poems, in spite of the fact that he was most of the time in little direct contact with his native people; indeed he became earlier known as a composer in Britain than in his mother-country, although his compositions are more in the style of Scandinavian than English music. Sveinbjörnsson also arranged a considerable number of Icelandic folk songs. In 1922 the Icelandic parliament, Althing, decided to grant him wages, which allowed him to return to Iceland. Among the small band of Icelandic composers he is both among the pioneers and among those who have attained the greatest heights.