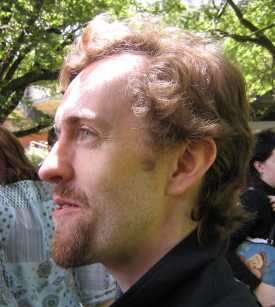 Philip Legge is an amateur musician based in Melbourne. Although always interested in music from an early age, he took up singing as an adult with the Tasmania University Musical Society thanks to the lure of performing in Beethoven's Choral Symphony. He sings mainly as a tenor or counter-tenor, and has performed a wide variety of repertoire with a number of choirs around Australia. He has from time to time conducted choirs, composed some choral music, and on several occasions unwillingly played as a repetiteur, despite not being a pianist!