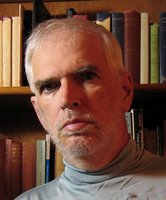 Jon Corelis was born in California and grew up in and around Chicago, where he earned a degree in Classical Languages and Literatures at the College of the University of Chicago. He later took a doctorate in Classics at Stanford, and taught Classics and Humanities at Stanford, the University of California, and the University of Minnesota. After a subsequent career as a software specialist in Silicon Valley, he moved to Northeastern Wisconsin, where he lives with his wife, Suzanne Mills. His poetry, criticism, essays, reviews, and translations have been published in books, magazines, newspapers, and web sites in eight countries, and he has given lectures and readings by invitation in America and Europe. Of his music, he says: 'Musicologist Robert Spencer wrote of the songs of Thomas Campion that his priorities were of the order of priority “poem, melody, and lastly singer,” and Campion himself defended the deliberate simplicity of his technique thus: “A naked Ayre without guide, or prop, or colour but his owne, is easily censured of everies eare, and requires so much the more invention to make it please.” These comments well describe my own assumptions as a poet songwriter.