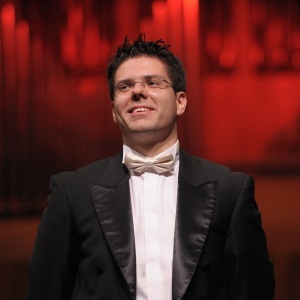 Pianist and composer, Bruno Vlahek, was born in 1986 in Zagreb (Croatia).

He graduated from the Zagreb Academy of Music as one of the youngest students ever, and subsequently won international scholarships to study in Lausanne, Cologne and Madrid. At the Hochschule fuer Musik in Cologne he studied composition and improvisation with T.Claus and J.Fritsch.

He regularly appears as a recitalist and soloist with orchestras in Europe, Asia, Africa, South America, Russia and Middle East. Bruno is winner of highest prizes of many prestigious piano competition, such as those in Paris, Shanghai, Lyon or Monte-Carlo (piano duo). At the same time, he won the first prize at the XXXIII International Composition Competition for Organ Works "Cristóbal Halffter" in Spain, jury's third prize and audience's first prize at Music Biennale Zagreb, third prize at the "Fidelio" Competition and Croatian discographic award "Porin" for the best classical composition of the year 2018. In his native country he received a title of the Young Musician of The Year given by Zagreb Philharmonic Orchestra, and was subsequently awarded by Swiss prize "Paderewski", Yamaha Foundation's Award, Pnina Salzman Memorial Award in Israel and Arists on Globe Award.

He has composed more than 50 orchestral, chamber, solo and choral works of various genres which have been performed on five continents in cities such as New York, Chicago, London, Berlin, Amsterdam, Cambridge, Lisbon, Prague, Vienna, Salzburg, Moscow, St. Petersburg, Seoul, Singapore and at the ISCM's World New Music Days in Sydney (Australia). His works are published in Croatia, United Kingdom and the USA. For his achievements he was awarded by Honorary Diploma from the hands of Her Majesty Queen Sofia of Spain and is currently holding a teaching position at the Katarina Gurska Conservatory in Madrid.