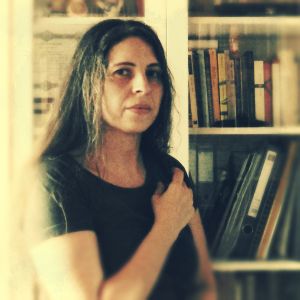 Carlotta Ferrari is an Italian composer. She served as chair of music composition at Hebei Normal University in Shijiazhuang, China, and is currently adjunct professor of music composition at the Department of Arts and Music of ESE, Firenze, Italy. She holds degrees from the Conservatories of Milano and Firenze.
Carlotta Ferrari has composed in many genres, developing a personal language that is concerned with the blend of past and present. Her compositions have been performed in venues such as Westminster Choir College, New York University, Melbourne Cathedral, Steinway Haus in Hamburg and München, National Center for Performing Arts in Beijing, Universidad de Castilla-La Mancha, St. Gallen Cathedral, Basilica della Salute in Venezia, St.George’s Hanover Square in London, Manhattan Central Synagogue in NYC, Oliwa Cathedral in Gdansk.
A lecture-recital on her music happened in May 2017 at Harvard University, organised by the Boston Chapter of the American Guild of Organists during WIMfest (Women in Music Festival). In 2018, she was commissioned by Harvard University to write a new carol for the 109th edition of the annual Christmas Carol Service. In 2020, a paper on her symphonic poem for organ "Edith Stein" as a modern example of the genre appeared in the Scientific Herald of Tchaikovsky National Music Academy of Ukraine.
Carlotta Ferrari won the 2nd award at the 2013 edition of Sisì-Frezza competition for women composers held by the International Federation of Business and Professional Women, and the 2nd award at the 2018 edition of Opus Ignotum Choral Composition Competition, supported by the Ministry of Culture of the Czech Republic.
Ferrari’s music appears on several CD recordings, such as the monographic "Women of History: Music for Organ by Carlotta Ferrari", Carson Cooman, organ (Divine Arts Recordings 2018), and is regularly broadcast on radios such as WPRB Princeton.
Carlotta Ferrari's current research interest lies primarily in contemporary modal music: she is working on RPS modal system, a new compositional grammar in cooperation with Harvard organist and composer Carson Cooman, who first developed it. Modal grammars and RPS are the subjects of Carlotta Ferrari's PhD dissertation. Also, she is currently cooperating with Marco Casazza, violinist and physicist, on the relationship between art and science.
She has lectured in universities such as La Sorbonne Paris, France, and Bangor University, UK.